Notes about Raspberry Pi, an ARM based pc about the size of a deck of cards which costs $35. I might use it as a replacement for the Asus WL520 GU wifi modems I’ve been using as an Xbee WSN Gateway.

I started out with the 4G SD Card from Newark that was pre-loaded with wheezy-debian. Now I’m using the distro from Adafruit called Occidentalis v0.2.  It includes ssh and other features that makes it easier to confugure.

Copy the image to a 4G SD Card using Win32DiskImager.  Basically you download an OS image to a windows machine and copy it to an SD Card.  When using WinDiskImager, pay close attention to your read/write actions because it’s possible to overwite the wrong drive.

Before selecting an SD Card, look at the list in Verified Peripherals.  Not all SD Cards work the same, and I spent a lot of time trying to launch the OS even though the image copy was successful.  If you get to the point where you’ve successfully copied the image but it won’t boot up, cut your losses and try another SD Card.

Expanding the partition on the sccard

Set up SSH so you can access the Raspberry Pi from a terminal program of via Putty and/or WinSCP.

I used the CISECO daughter board kit which costs about $6 which has a GPIO connector and a place to hook up an xbee to the serial port on the GPIO.  It derives the 3.3V from the GPIO and it includes an array of through holes for misc prototyping.

On the Adafruit distro, Occidentalis v0.2, I was having some issues with reading the serial port in my python code.  I kept getting erros related to the serial port being in use.  Some research got me to this article on the RaspberryPi.org site and this article from Clayton’s Domain.  I edited a file, /boot/cmdline.txt, and this is what it came down to (all on one line):

Eventually I will want to set up a web interface to allow users to edit the gateway config items, like the network protocol and to manage the various sensors, python scripts, etc.  For now, I’m just going to manage it it by ssh command line.

I needed these modules to allow me to access various web services like Cosm (pachube), Thing Speak, Open.Sen.se, and my own SOAP based service that I wrote in C#.

We need some extra libs to run the sensor programs.

WGet the file then unpack it:

WGet the file then unpack it:

The Raspberry Pi can be wifi enabled with a USB based wifi device. The main concern would be with power consumption; the raspberry pi runs off of a 5V (currently 700mA) supply (like a cell phone charger) and a wifi device might strain the load.

For now (8.26.2012) the wired ethernet configuration works great.  It can just plug into a IP provider modem.

To change the boot-up text

Did this to brand the OS as one I set up.  Only for show…

To set a program to start at boot-up

To automatically run the main python script, allsensors.py, when the computer starts…

Edit /etc/rc.local and add the python line shown below:

To set up Tomcat Server

At some point I might want to set up a Tomcat server and use it with some Java apps.  Later.

This allows you to see the system messages generated by the script as it sends various sensor readings to the web services.

To kill the Tinaja python script

Look for the process id of the python script with this command:

Take note of the process id number and issue this command:

That’s all I have for now, hope you found something useful here.

According to this article by Katie Fehrenbacher at Gigaom, the developers of home energy management systems have figured it out that there’s no future in dedicated dashboard devices when you have a marketplace full of iPhones, Android phones, iPads and other tablet devices.

The dedicated dashboard devices would be able to display various conditions of your home energy system, your local weather, etc., and to control devices in the home.   But now that we have Android phones and iPads, these new devices can access the web and use either native web pages or specialized apps.

It’s a no brainer.   Have a web based system as the default UI and provide specialized apps for hand held controls.

I was working on some Google Charts and came across this one.  Here’s my new business card: 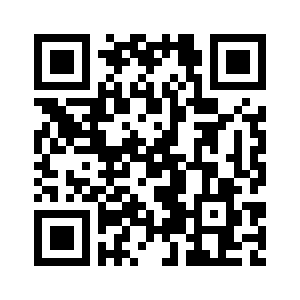 Developed for DOE by the Environmental Energy Technologies Division at Lawrence Berkeley National Laboratory this site is a preliminary test version of a new web-based energy efficiency calculator, designed for residential home energy auditors and inspectors.

Interestingly, Microsoft has licensed the technology for their energy calculator application known as HOHM.

Apparently they have a service based API.  I’m going to research that and see what it looks like.

Computerized Electricity Systems has a software/hardware home energy solution that tracks energy usage in a residential setting.  They offer a replacement electrical panel that allows for monitoring of energy usage within the various breakout lines of the house wiring.  They also provide a software tool, a portal, for displaying the energy being used.